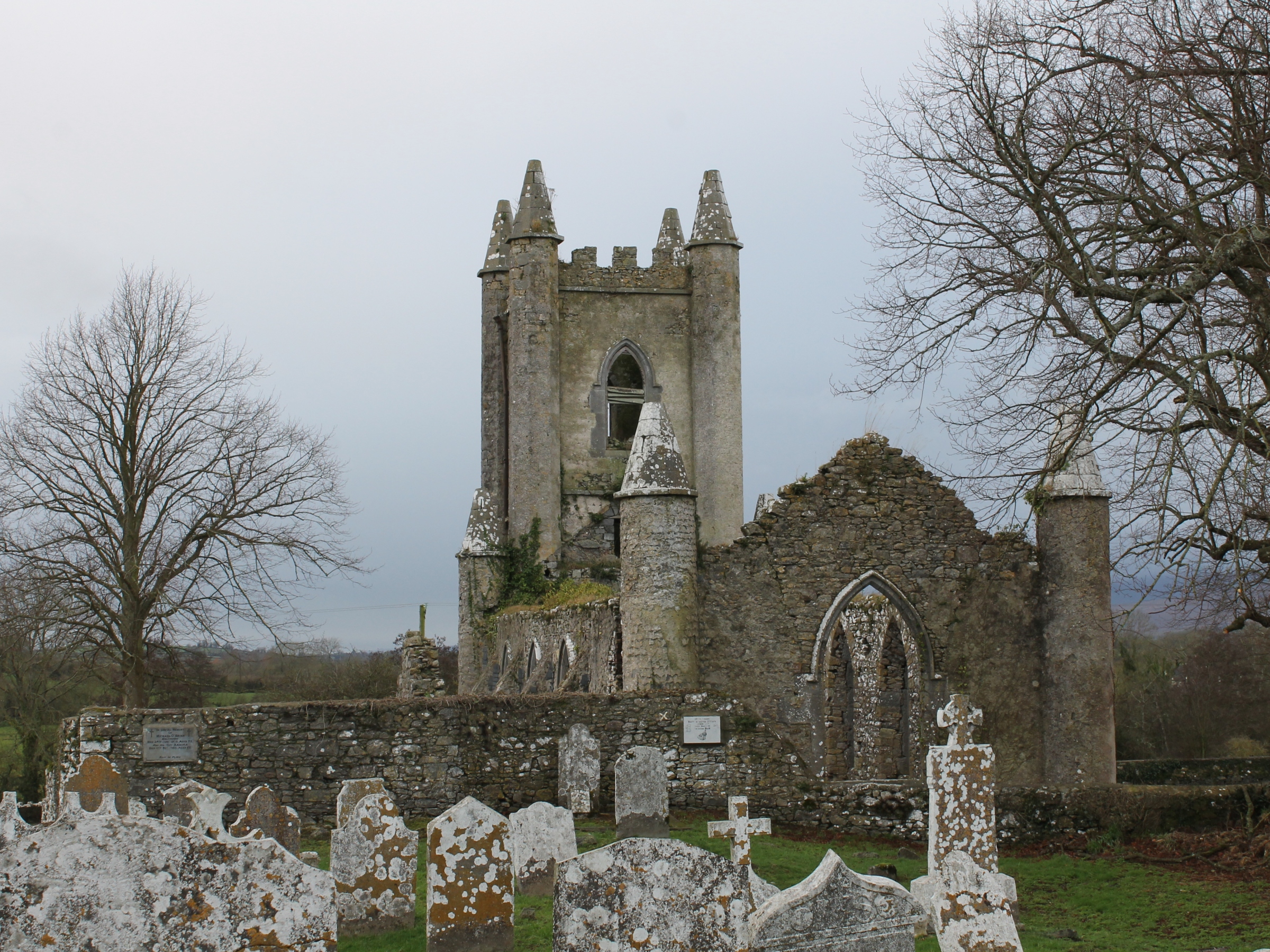 amazed daily by the weather.  We started the day with sunshine and beautiful, blue skies.  By the time we stopped in Tubrid, the day had turned grey and it looked like it could rain any minute.  It also gave a ‘foreboding’ look to the afternoon; quite appropriate for a church ruin and cemetery.

This location is known for two items.  This first is Tubrid Mortuary Chapel.  Built in the mid-1600’s, it now stands without a roof and some metal braces; working to keep the walls standing.  It is notable due to an inscription over a door that reference Geoffrey Keating.  He is also buried within the cemetary.  Keating was a 17th century priest, poet and historian.

The second item, St. John’s Church is a 19th century that may look to mirror the chapel with its roofless structure.  What I found most interesting was in the stark differences in gravestones.  The later gravestones were often bare of any carvings.  Question … sign of the times or differences in religion?

My Return to Ireland ….